Steps up to 2400m for first time since narrow second to Best Solution in this race back in 2018. He ran well at weight-for-age in the Might And Power Stakes last Saturday when tried to pinch the race with a mid-race move, which probably wasn’t a race shape that suited him. Not sure he can win this with 55.5kg but the big positives are he makes his own luck on the speed and handles wet ground.

Star galloper that recorded a huge win in the Turnbull Stakes last start given he was attacked throughout sitting on a very fast speed. The overall time was outstanding and his form last preparation suggests he’s even better suited by the rise in distance to 2400m. The wide barrier means can roll across and control the race on the speed and might be an advantage by this stage of the day given the likely conditions. He is unbeaten on soft ground, albeit in much weaker races and a very wet track is the query at the price. TRC members enjoy the thrill of racing 15 horses with leading metro and country trainers across Australia without the expensive buy in or ownership commitment.

For just $299 a year and No Monthly Ongoing Fees, our members attend stable visits,
*race days, Free competitions, and regular updates from our trainers on the TRC horses.

On sign up you will also receive a Free $100 Wine Voucher to spend at Naked Wines. Naked Wines.

The rise in distance suits after hitting the line in the fastest last 200m of the race off a fast speed in the Turnbull. A soft 6 is as soft he’s seen and he handled it no problem. He should strip fitter third up, is from the right stable when it comes to preparing stayers.

He ran a terrific race in the Herbert Power last Saturday, a much better run than 12 months ago when he subsequently backed up in the Caulfield Cup and ran third behind Verry Elleegant and Anthony Van Dyke. He handles all conditions and gets D Lane and looks one of the better winning chances. The little query is whether he is ideally suited if the track gets into the heavy range.

The Auckland Cup (3200m) winner who is rising sharply in distance on debut for Chris Waller. I don’t think his form is strong enough.

He ran well in the Bart Cummings in a fast race with 58kg and drops to 53.5kg. My knock is his better form has been on dry ground and given that I think there are stronger chances.

I doubt he was fit enough second up to handle a brutally fast Turnbull Stakes. The rise in distance third up suits and he can improve sharply without surprising. I like the booking of the perennially underrated Linda Meech. Along with our regular Saturday (and the occasional weekday) Racedays, Each year the TRC invites Members to attend exclusive tours and events hosted in conjunction with our partners Ambassador Travel, recognised as Australia’s Thoroughbred Racing Tour Specialists since 1986.

Our members are offered our tours before they go on public sale as well as special members bonuses. We also offer Wizpay to our members for easy payments.

He struggled in the Metropolitan on good ground but might be the horse in the race best suited by a very wet track that could be in the heavy range. Even if he gets his preferred wet ground, I think he needs to produce a career-peak performance.

He hit the line hard off a fast speed in the Turnbull Stakes and looks a big chance on that run. My two queries however are genuinely wet ground and whether he is better suited in a fast-run 2000m race than he is over 2400m+. The other knock is he is three wins from 33 starts.

He recorded a dominant win in fast time last week in the Herbert Power Stakes and drops 4kg. Damien Oliver making the effort to stick with him at 53kg is a huge vote of confidence and he was a winner in Ireland on a Soft 7. If he handles the conditions he is one of the better winning chances and the main danger to the favourite.

Had been in the wilderness until a big run last start in the Bart Cummings hitting the line in the fastest last 200m of the race. Started one of the leading chances in this race 12 months ago and I doubt he was suited leading. He handles wet ground and it’s very easy to make a case he’s over the odds at $41 in the early betting.

She caught the eye first and second up before winning the Metropolitan last start in fast time in a high-pressure race. She should be at absolute peak fitness now, drops in weight and handles wet ground. My main query is whether The Metropolitan is a strong enough form reference.

He ran a big race in the Foundation Cup two starts ago and then was a complete forgive in the Bart Cummings last start when caught wide without cover on a fast speed where he was also found to be lame. He had a great record in Europe on wet ground and if you forgive his last run – which is easy to do – and judge him on his previous effort and European form, $91 looks a crazy price. He can improve sharply without at all surprising and it wouldn’t surprise to see him win.

Thoroughbred Racing Club  members also enjoy the stable mail and hot tips delivered to their inbox every Friday as well as our private Facebook page,
“All Sports Late Mail”, with access to trainers videos and late mail. She hit the line in the second-fastest last 200m in the Metropolitan where she was probably too far back. She handles wet ground and also ran well at the distance behind Sir Dragonet in the Tancred last preparation. She maps for a great run behind the speed.

He produced a career-peak performance in the Turnbull Stakes where he was only second up in a very fast race. He is ideally suited by the rise in distance and is a progressive stayer that looks to have improved this preparation. He handled soft ground last preparation and if he can handle the conditions on Saturday he appeals as one of the better chances in the race and over the odds at $11 in the early betting.

He is airborne this preparation. He beat Delphi in fast time two starts ago and then just missed at weight-for-age in the Might And Power Stakes last Saturday. He looks to have been prepared to perfection by an elite conditioner in Grahame Begg and drops 7.5kg back to a handicap! A very wet track is the worry and I do have a slight query over him at 2400m. 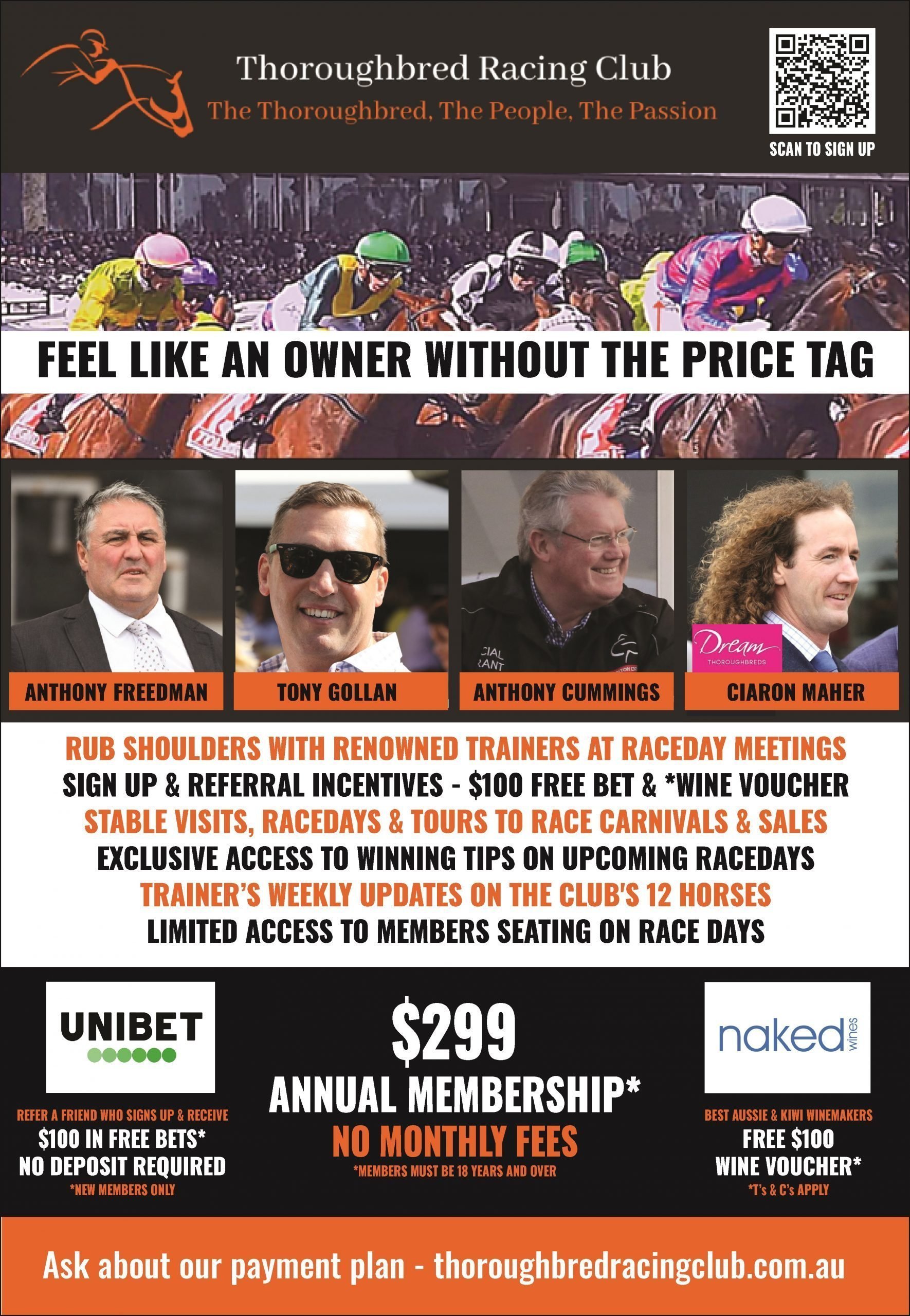 She’s on the quick back up after winning the Coongy on Wednesday but this isn’t an afterthought and was the original plan. She drops sharply in weight, handles wet ground and the rise in distance looks a positive. I think she’s among the five better winning hopes in the race.

She hit the line in the fourth-fastest last 200m of the Metropolitan. She was 1600m to 2400m there so should strip fitter. She did run second to Duais in the QLD Oaks but that horse comfortably had her measure, so she’ll need to have improved.

He ran the fastest last 200m of the race in the Metropolitan. He handles wet ground and it wouldn’t shock to see him finish in the first half of the field if he gets a run.

Started $6.50 second favourite in this race two years ago where he was arguably unlucky not to be in the finish. Had excuses when wide without cover in the Coongy. Needs to improve sharply on his recent form. 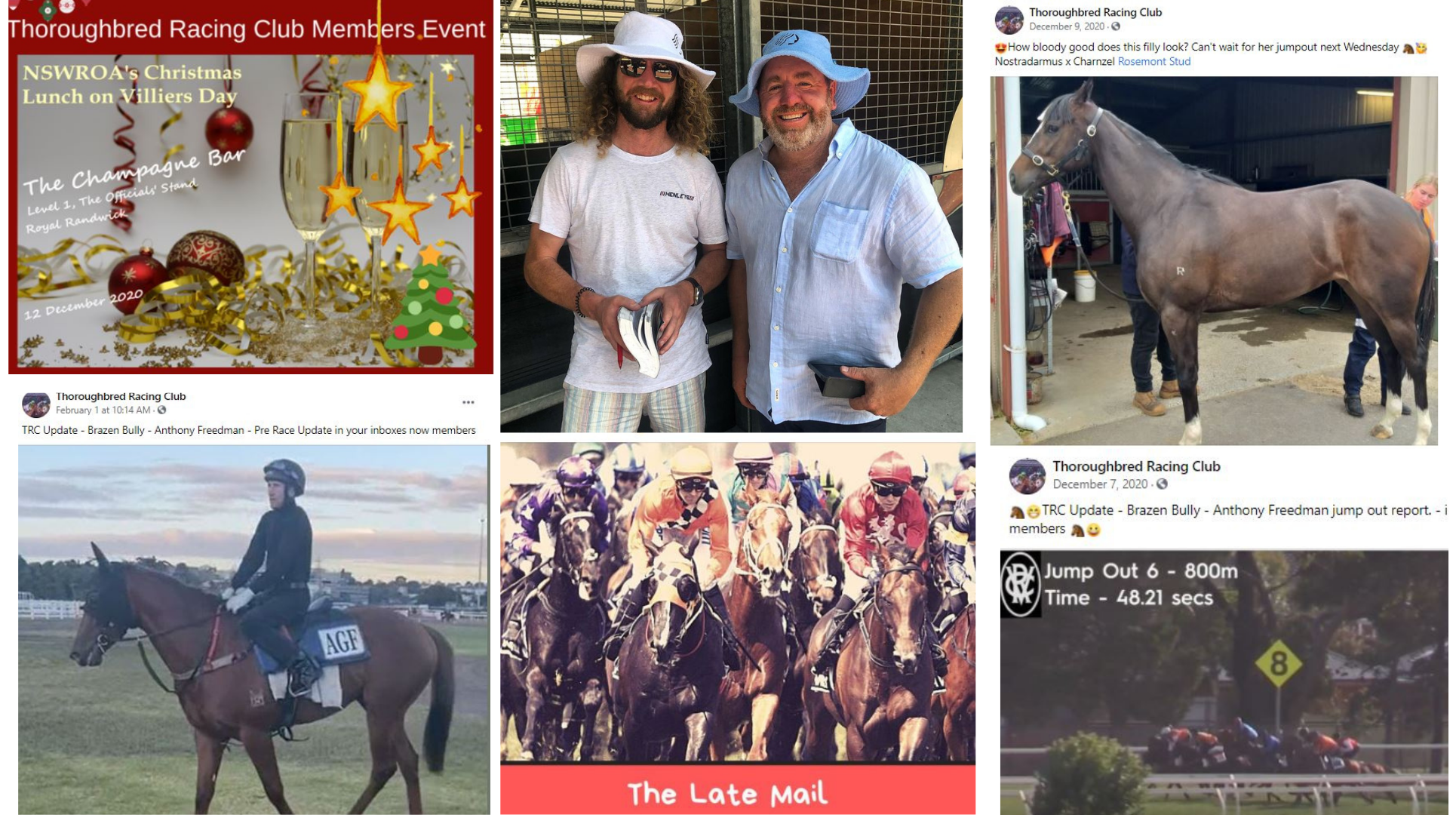 Enter Your Details and Join Today!

Incentivise deserves favouritism on the strength of his form this preparation. The wide barrier doesn’t worry me and the rise in distance is a positive. The concern at the early price is the potential for a track softer than he’s ever seen. Delphi and Young Werther look serious dangers. Young Werther is the one of the three that appeals as over the odds.  Port Guillame looks well over the odds at $91 in the early betting and worthy of a small each-way gamble.