So how much does it cost to own a Group I MRC Blue Diamond Stakes runner?

So how much does it cost to own a Group I MRC Blue Diamond Stakes runner?

The $1.5 million Group I MRC Blue Diamond Stakes is run at Caulfield on Saturday and is the first Group I event of the season for juveniles so well worth taking a look at who bought and sold this year’s runners.

Race favourite Hanseatic is a homebred for Godolphin and is one of four homebreds in the race, but the remainder of the field were all purchased at public auction.

Rulership was a $900,000 Magic Millions purchase

Highest priced runner is I Am Invincible colt Rulership, bought for $900,000 from the Yarraman draft at Magic Millions by China Horse Club/Newgate Bstock/Stonestreet. 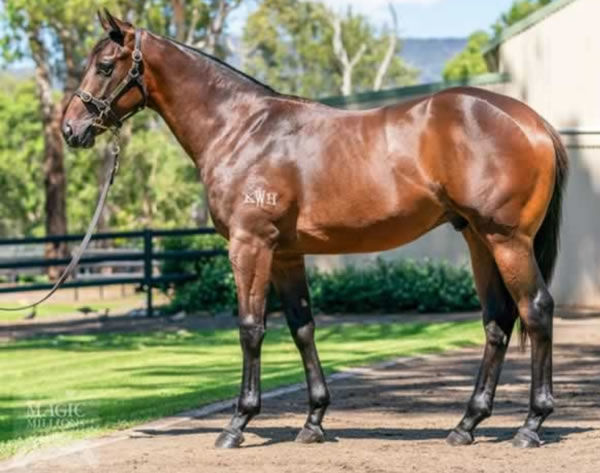 Not far behind, Fastnet Rock colt Rathlin, bought from the same sale for $725,000 from the Kitchwin Hills draft by Aquis Farm.

The most expensive fillies are Fastnet Rock’s daughter Personal, bought for $640,000 from the Cressfield draft at Inglis Easter and Snitzel’s Away Game, who won the Magic Millions 2YO Classic and was snapped up for $425,000 from the Mill Park draft at Magic Millions by Kerri Radcliffe Bloodstock.

Ian Smith’s Edinburgh Park has two runners in the race having bred and sold Tanker (Pride of Dubai) and Glenfiddich (Fastnet Rock) at Magic Millions for $170,000 and $200,000.