With Ron Stewart in the saddle for trainer Allan Chau, the daughter of Russian Revolution defeated the Jabali filly Skater by eight lengths with the Capitalist colt Capiteel a further one and a half lengths back in third. It was the second win at start number four for Russian Warrior who was consigned by Sledmere Stud to the 2021 Magic Millions Gold Coast Yearling Sale.

The daughter of Russian Revolution was purchased by A List Stud for $425,000, the equal highest priced yearling at the sale by her first season sire.

A List consigned Russian Warrior to the 2021 MM Gold Coast 2YOs In Training Sale with a price tag of $535,000, which she failed to make. 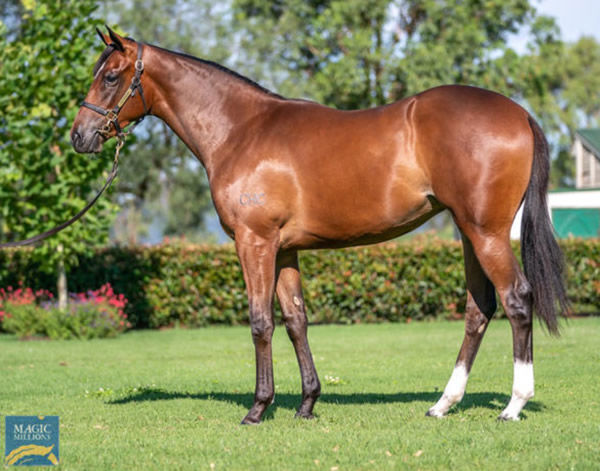 China Horse Club paid $700,000 for French Fern when the daughter of Lope de Vega (IRE) was consigned by Aston Bloodstock & Partners to the 2017 Inglis Chairman’s Sale.

French Fern has a filly foal by Zoustar and was covered by Capitalist last spring.