A colt by Playing God topped proceedings while records were smashed across a sensational first day to the 2022 Magic Millions Perth Yearling Sale. 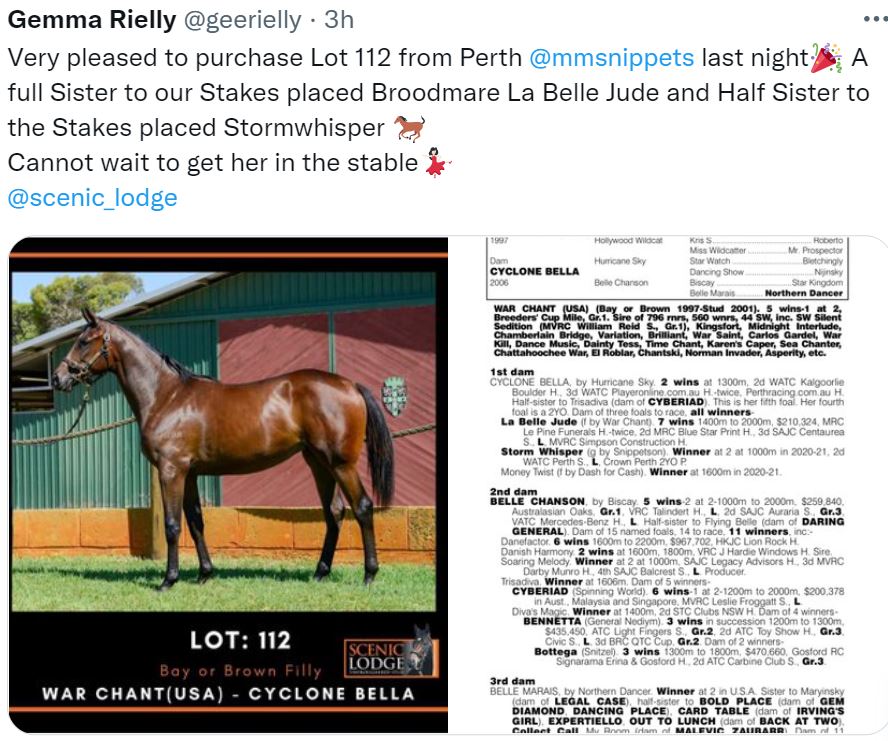 A full sister to the stable’s Listed winner in La Belle Jude and Half Sister to the Stakes placed Stormwhisper for only $50,000

The colt was one of four yearlings to sell for $300,000 or more during a day in which local buyers helped take the sale to heights never before seen in the state.

The average and median prices smashed previous records, while the gross soared over 50 per cent on the sale twelve months earlier in the Swan Valley.

Chalmers, who purchased nine lots on Day One for $865,000, snared his prized selection of the auction – the Playing God colt from Moodometer for $330,000 from the Willaview Farm draft.

“He’s a big, scopey colt,” Chalmers said. “He’s a full brother to a stakes placegetter and the cross works.”

“I won’t disclose who the owner is, but he really wanted him,” Chalmers added.

The result was an incredible one for the team from Willaview Park, who are presenting their second draft at this year’s Perth Yearling Sale.

“We are ecstatic to say the least,” a beaming Claire Williamson of Willaview said. “We knew he was a beautiful colt, but we didn’t think he would make that sort of money.”

“But since he was at the sales people kept pulling him out of the box and they just loved him. We knew there were genuine strong bidders for him but it’s a really, really nice surprise – we are stoked.”

Earlier in the day Mark Pilkington, bidding online, went to $320,000 to secure the first foal of group winner Samovare by Russian Revolution from the Amelia Park Racing and Breeding draft. 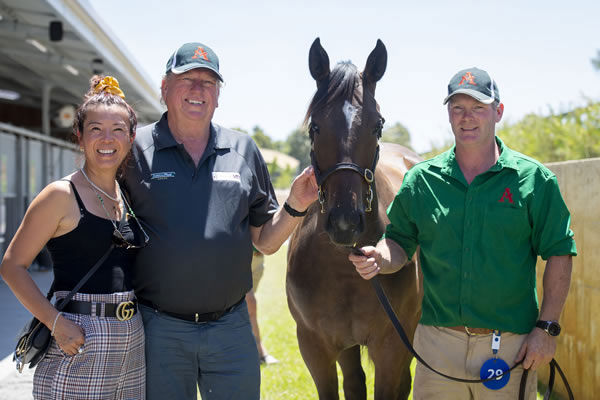 Top priced filly of the sale by Russian Revolution from Samovare.

“I loved her proven and current black type pedigree,” Pilkington said. “She (Samovare) was a high class mare and Russian Revolution has sired a couple of high class fillies in recent times.”

“She was very well recommended by many at the sale as a scopey filly that should love a mile at three. It would be lovely if she found her way to the Magic Millions 3YO Guineas – after we ran third this year with Socialist who is by another promising young Newgate stallion.”

“She’s a BOBS filly which probably explains the number of Sydney trainers who have rung to put their hat into the ring,” Pilkington added.

Later in the afternoon Adam Durrant also went to $320,000 to buy the So You Think-Black in Time colt from the draft of Lynward Park Stud. 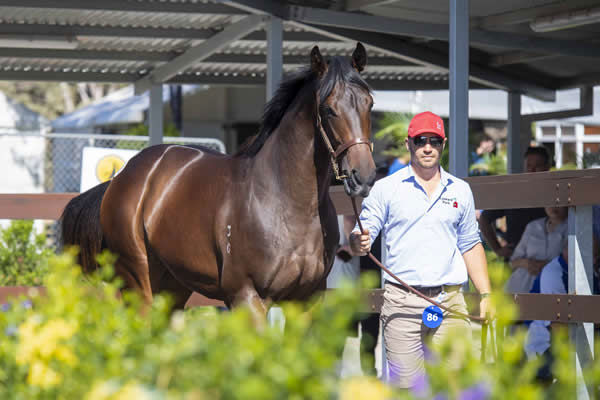 “He was our target of the sale,” Durrant said. “We thought he was the colt of the sale and we ended up with him, so it was good.”

“He’s just athletic, the sire’s got stamina and the mum led them up in the Winterbottom and just got rolled by a multiple Group 1 winner. She was fast.”

“You only have to see him to know he’s a standout. He cost $100,000 more than we wanted to pay but that’s just the market, it’s very strong,” Durrant added.

Across the afternoon and evening over $12.7 million was traded on 140 lots sold at a record average price of $91,175. The clearance rate also rose sharply on 2021, currently sitting on 85 per cent and expected to grow overnight.

“It was a super day’s selling,” Magic Millions WA Manager David Houston said. “The fact we’ve have to overcome all these obstacles makes it even more impressive.”

“We’ve been locked out and isolated and had to transfer the sale dates – but we still had the support of not only vendors but also the buying bench to get such a sensational result.’

Houston said he was proud of the way the local buying bench invested in the local sale – buying all but five lots during the Book One sale.

“There was competition from the east but the locals were too strong. The Westspeed bonus money is sensational, but even horses that weren’t bonus qualified were well sought after.”

“It’s great to see the younger trainers getting into the action as well with the likes of Ryan Hill – who was actually underbidder on the top seller.”

“We are hoping tomorrow can continue on the momentum of Day One,” Houston added. “There’a a great line up of yearlings to sell from 10am.”

To view the results of Day One of the Perth Yearling Sale or to make an offer on a passed in lot click here.

Day Two of the 2022 Perth Yearling Sale commences at 10am (AWST) tomorrow.