Poy out for misjudged laps at Kyneton

Poy out for misjudged laps at Kyneton

Michael Poy has been suspended for two months following a Racing Victoria steward’s inquiry into his losing ride at Kyneton on Monday, where he mistook the laps.

Poy, 23, rode his mount Dente along in the 2828-metre race, eventually crossing the finishing line the first time around a clear ‘’winner’’. But when the field caught up with Poy shortly after, the jockey realised his grave mistake.

Acting chief steward Simon Carey said on Monday night that Poy, a winner of nearly 300 races, was charged under AR227 (a), which covers negligence.

“He pleaded guilty and we took into account he was very forthright,’’ Carey said. “He has a good record obviously and he showed extreme remorse for what transpired.’’

The Daryl Archard-trained gelding was a pick-up mount for Poy after Declan Bates withdrew from his mounts at the meeting.

Jockeys Anthony Allen and Rhys McLeod committing the same offence in Australia over the past 20 years and received similar sanctions.

McLeod received a two-month suspension for his ride aboard Mystic Outlaw in a 3000-metre handicap at Moonee Valley on January 24, 2002. Mystic Outlaw ran 72 lengths last in his Class 6 Handicap.

Allen was suspended for six weeks when riding Catch Me Latar into the lead prematurely over 2450 metres at Beaudesert in October 2018, his mount finishing 15 lengths last in the benchmark 60 handicap.

Poy is available to ride again on July 10. 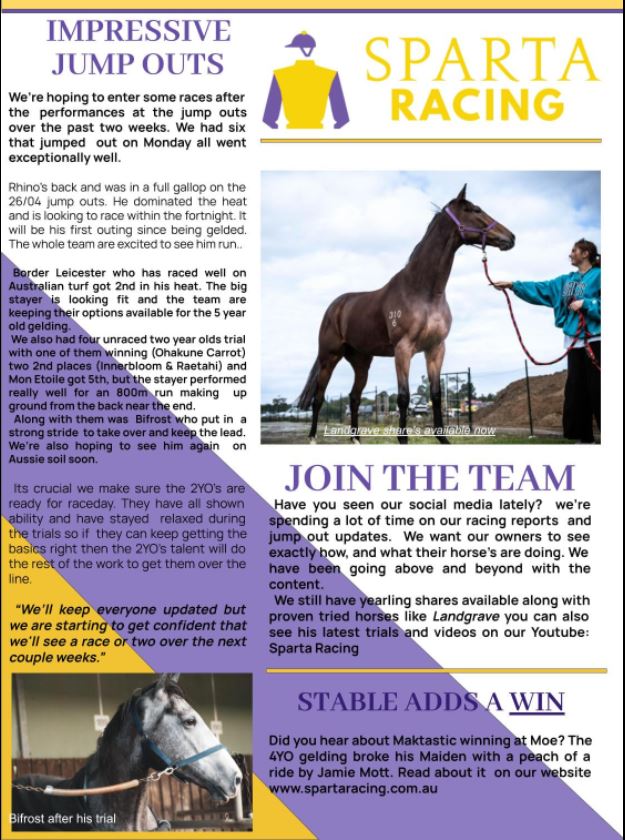