Allegations have surfaced that as racing’s cobalt wars were gathering steam, then Racing Victoria chief steward Terry Bailey made an audacious offer to plant a “spy” in the famous Macedon Lodge stable of legendary Melbourne Cup winning owner Lloyd Williams.

Former jockey and Racing Victoria barrier attendant Michael Healy has now broken his long silence, revealing to Racenet that Bailey, and the then head of integrity Dayle Brown told him they would organise for him to gather information in Williams’ stable.

The covert offer, which Healy says included the promise of payments, was made over a lunch as they dined over Chinese at Plume restaurant in Melbourne in 2014.

At the same lunch, Healy was offered work as an informant at Black Caviar’s trainer Peter Moody’s Caulfield stables and in 2015 Bailey confirmed that the meeting did indeed take place.

But for the first time, Racenet can reveal it was not only Moody who was on the hit-list of Bailey and senior stewards in their spy game plan.

So too was Williams and his trainer at the time, Robert Hickmott who had already won the Melbourne Cup with Green Moon in 2012. Racenet is not alleging any wrongdoing by Moody, Williams or Hickmott – only that an offer to Healy to become an informant at Macedon Lodge was made. The offer was flatly rejected by Healy.

But it is an extraordinary development that Racing Victoria stewards were proposing to plant an informant in the stables of one of Australian racing’s most powerful figures and the man who has now won six Melbourne Cups.

“Terry Bailey put it to me to be a spy for them – his first words were we want to put you into a stable – I said what stable?” Healy told Racenet.

“He said they were going to start at the top at Peter Moody’s because he was the number one trainer in Victoria.

“Moody and Macedon Lodge were the only stables they mentioned but they said anyone in the top ten trainers they wanted – they said let’s just work from the top and work down the list.

“Cobalt wasn’t specifically mentioned, but they were surmising horses were getting treated and they wanted to catch people and find out.

“They were believing that the top trainers were using something and their aspect was they had to find out what they were doing.

“They were going to give me a phone, a camera – the main things they wanted were vet books, photos and when the vets come I should take a photo of the horses, make sure I was there on raceday if any horses were treated on raceday.

“They said they would move me every three months or so, I would start at Moody’s and go onto Macedon Lodge and then on from there.”

Bailey, who resigned his position in Victoria to take up the chief steward role in Singapore in 2018, did not comment on whether he had asked Healy to gather information at Macedon Lodge.

When asked whether he refuted the Macedon Lodge assertion, Bailey replied:  “As far as I’m concerned it has been dealt with, I’m not in the position to elaborate one way or the other.”

At the time the offer to gather information on Moody initially made it into the public domain, then RV chief executive Bernard Saundry dismissed it as “absolute rubbish’’.

But Bailey later conceded the meeting and the offer regarding Moody’s stables did take place.

At the time, Victoria’s trainer base was outraged and Moody said he felt victimised by such actions.

Healy now says he has been tossed to the curb by Racing Victoria and believes the domino effect of turning down the offer – instead he immediately rang Moody to inform him of it – means he has been blacklisted by RV.

But Healy wouldn’t turn back time and insists it was the right thing to do not to take up the offer to gather information inside Moody’s stables or at Macedon Lodge.

In 2016, Moody was cleared of deliberate cobalt doping but walked away from training, receiving a six-month ban for unintentionally administering his horse Lidari with excessive levels of cobalt in 2014.

Other trainers and owners mentioned in this story have never been charged over any cobalt matters.

Another top trainer, Danny O’Brien, had his business left hanging by a thread in the cobalt saga but he eventually won the protracted battle with racing officials and claimed the Melbourne Cup with Vow And Declare this year. “I think what they (RV stewards) tried to do to plant me as a spy was totally wrong,” Healy says.

“I think they were wanting to find something to charge someone with – they wanted a big scalp.

“But what they wanted me to do, I just didn’t believe in it.

“Later, it was proved that Peter Moody wasn’t cheating.”

Williams recently announced Macedon Lodge would no longer operate with his best horses to be trained in Ireland by Joseph O’Brien with others to be dispersed to local trainers O’Brien and Anthony Freedman. 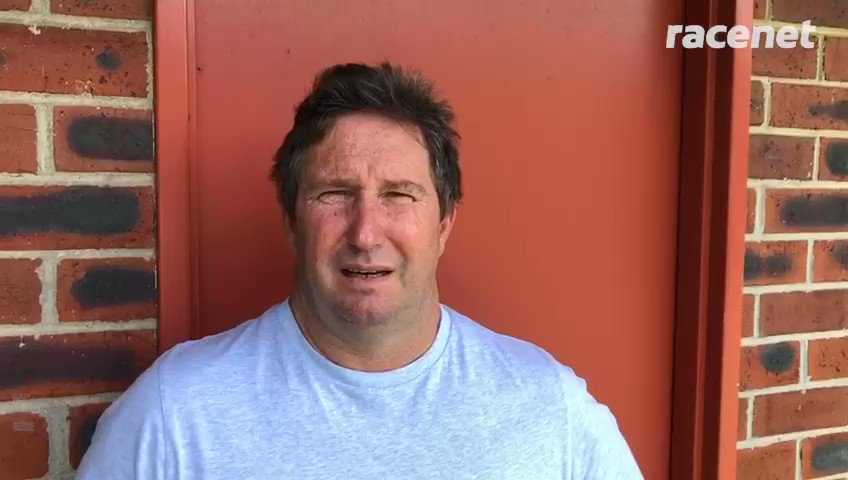