The former jockey amassed more than 1,800 winners in the saddle but says training his first one is just as sweet

Hong Kong’s most prolific jockey Douglas Whyte is on the board as a trainer, starring on opening day at Sha Tin on Sunday.

While it was not a first-race fairy tale for Whyte, it came just 30 minutes later in the Class Five Mount Parker Handicap (1,200m) with the former Peter Ho Leung-trained Adonis.

Whyte said the 20-start maiden had become a labour of love for him and he could not have been happier when he saluted under young Australian jockey Regan Bayliss. 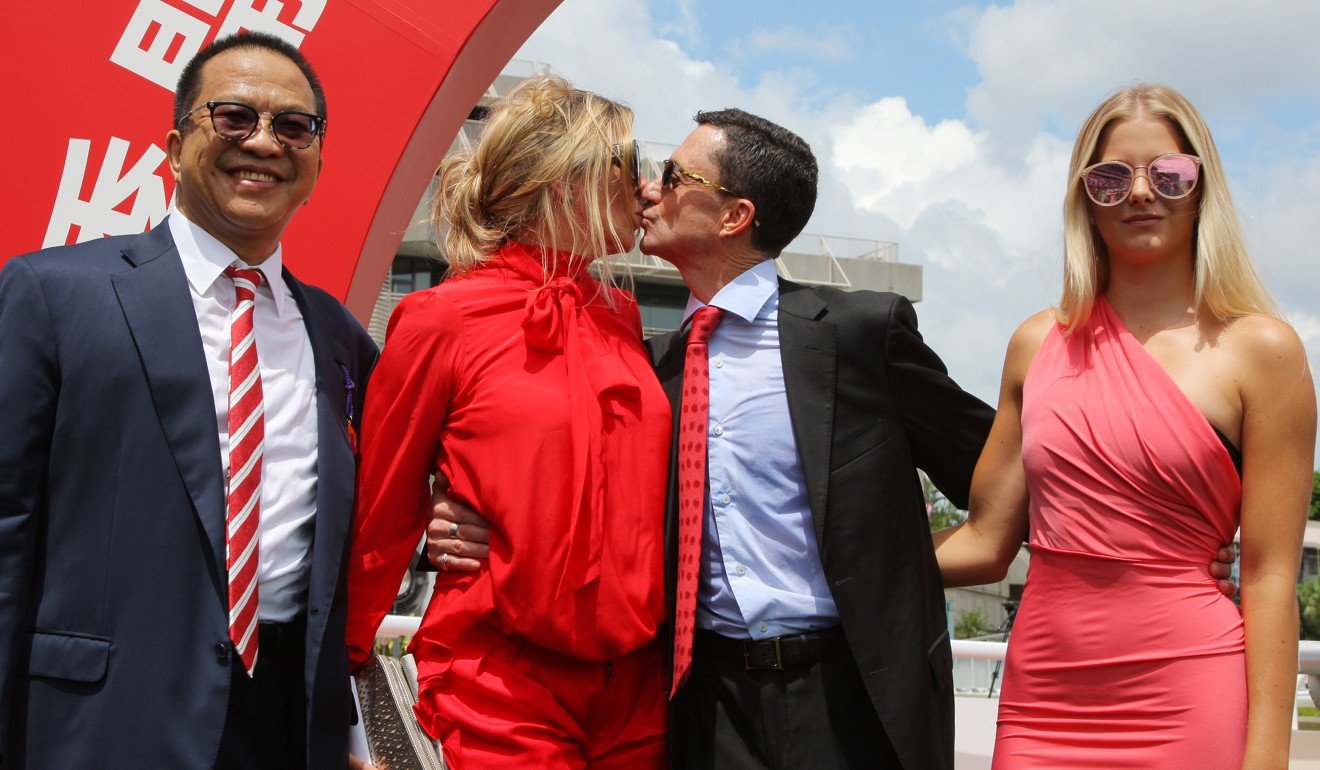 Douglas Whyte celebrates his first winner as a trainer with his family and owner Johnson Chen (left).

The South African amassed 1,813 winners in a decorated career in the saddle, but said his first as a trainer felt just as good.

“I think it is just as emotional I reckon, it is a good feeling,” Whyte said.

“I am a lot more mature now and I have had a lot of success since I have been here but to have a winner here as a trainer, it’s not about that, it’s about the effort and the time that has gone into this horse.

“He has been a very difficult horse to ride and I have been the only one on him every single day and that, for me, is satisfaction.”

After coming to Hong Kong with the baseline rating of 52, Adonis had fallen to 29 before Sunday’s demolition. 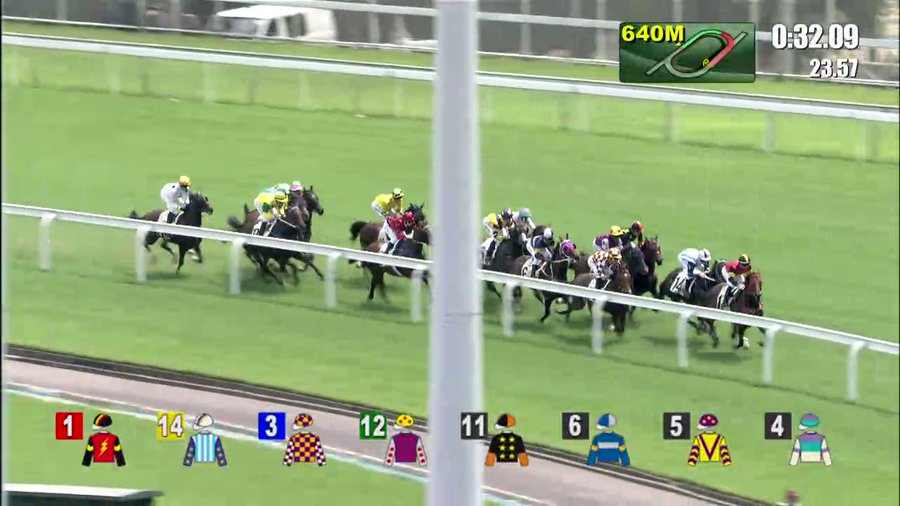 Speaking like a trainer with decades of experience, Whyte said he had to make Adonis learn to love racing after teaching him to run again.

“I can’t tell you how satisfying that is when a horse learns to trust you and you can turn it around from a horse that used to take off with it’s head up, to get him to put his head down and enjoy work,” he said.

“I didn’t even trial him because I knew if I did it would work him up too much, so I have just been doing slow work, a couple of canters and one jump-out.

“I spoke to Regan in detail about this horse and I asked him a numerous amount of times to trust in the horse and be kind to him and don’t get him revved up because he is a horse that has a lot of muscle memory of bad habits and if you have him stirred up, it would have been the end of his race.” 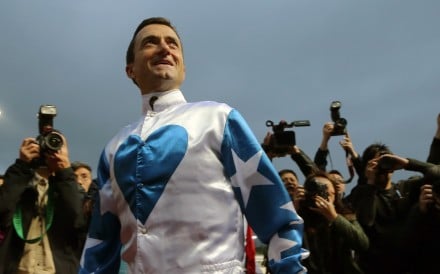 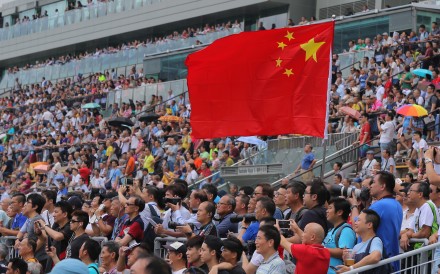 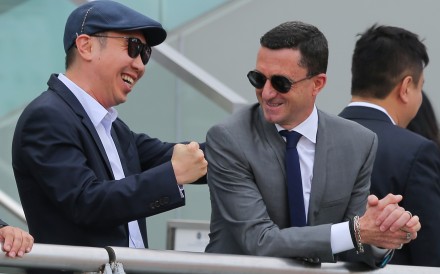 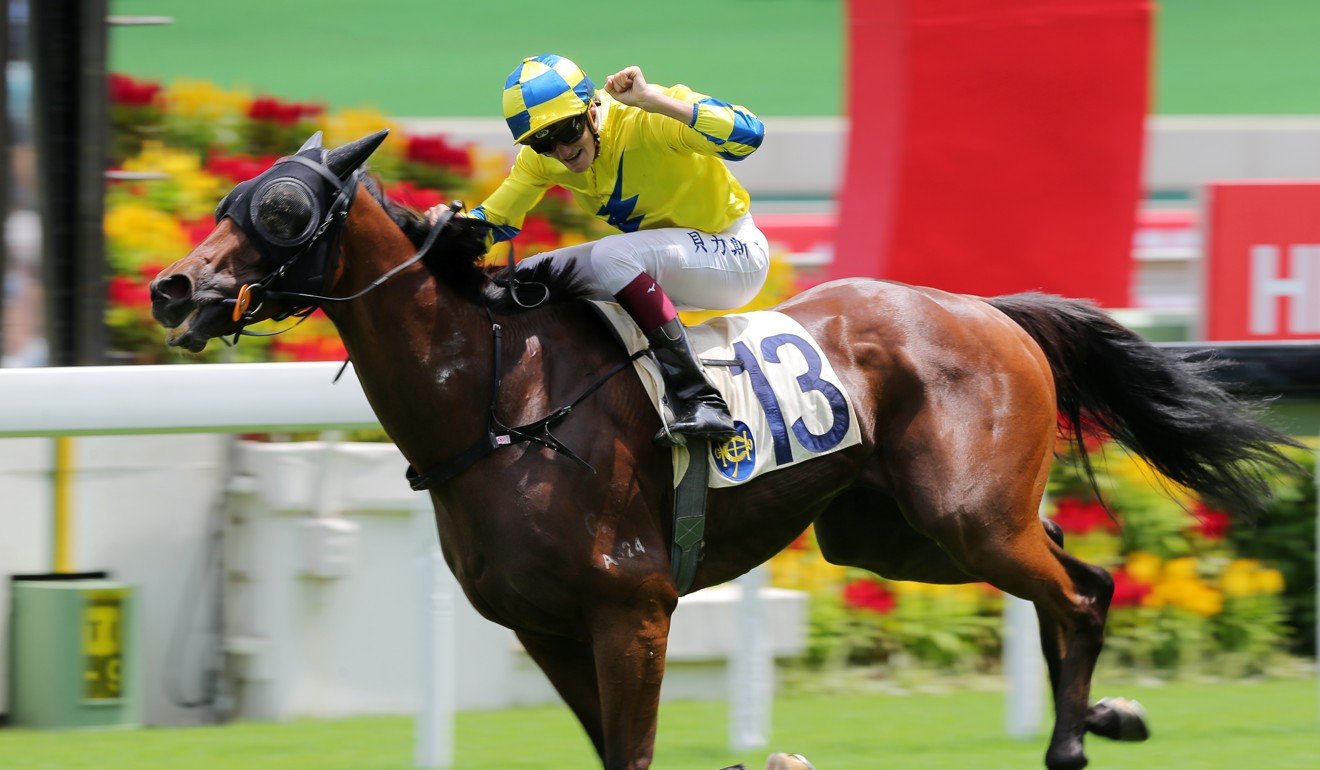 Regan Bayliss salutes on the Douglas Whyte-trained Adonis at Sha Tin on Sunday.

Whyte described Bayliss’ ride on Adonis as a “10 out of 10” after the 22-year-old managed to slot into a perfect midfield position before making a mess of the field in the straight, winning easily by two-and-a-half lengths.

“I said he will begin but don’t chase him and you will end up midfield and the pace will be on so he will let down and he gave him a peach of a ride,” he said.

“He jumped out of the gates and had him right where I would have, Regan has done a lot of work for me and he is a lovely young guy.

“He hasn’t had many opportunities and been off for a long time so to come back to Hong Kong and ride a race with such confidence, it is good for him going forward.”