Derby Dreaming, Who is Bred to Stay?

Derby Dreaming, Who is Bred to Stay?

The Group I VRC Victoria Derby is worth a whopping $2 million making it the richest race for spring three year-olds in the country and the testing trip of 2500m means not always the best horse wins, but rather the horse that stays best on the day.

2500 metres is a long way and the gruelling last furlong frequently undoes some of the better horses, leaving the grinders to fight out the finish so let’s take a look at the pedigrees in the search for roughies to challenge the favourites. 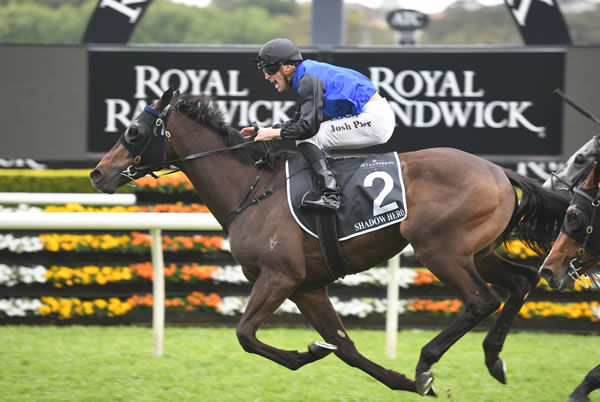 2500 metres is a long way and the gruelling last furlong frequently undoes some of the better horses, leaving the grinders to fight out the finish so let’s take a look at the pedigrees in the search for roughies to challenge the favourites.

– Beat Cox Plate runner-up Castelvecchio in the Group I ATC Spring Champion Stakes (2000m) which looks the best form for this by light years.

Pierro has already sired an Australian Derby winner (Levendi), a VRC Oaks winner (Pinot) and a HK Derby winner (Furore), so we know he consistently gets classic stayers and that’s really all we have to rely on with his bloke as his female family is pretty much all speed. His dam Sookie was a G3 winner up to 1350m and his grand-dam Victory Vein was a Champion 2YO that won up to 1600m. Trainer Mark Newnham believes he’s a Derby horse and that’s good enough for me.

– Has a great record with three wins from five starts most recently winning the Group II MVRC Moonee Valley Vase (2040m) with ease.

His dad Shamus Award did win a Cox Plate and has sired a Derby winner in Mr Quickie, but the pedigree overall does not read stayer with all the Black Type horses in the female family being sprinters most notably Group I Swettenham Stud Stakes winner Ellicorsam. He has great form and a good gate, so he may well be another Derby horse for Shamus Award.

3/ Thought of That (3c So You Think x Hold Me Close, by Danehill Dancer (IRE)

– Struck form at the right time with two commanding wins at past two starts most recently in the Group III MRC Caulfield Classic (2000m).

By a proven classic sire in So You Think, although dam only won up to 1400m and all the stakes-winners in this family are sprinters. We can take heart from the fact his first three dams are by Danehill Dancer, Sir Tristram and Twig Moss, all of them leaving plenty of classic winners and his form would suggest the staying genes have come out on top here.

Never further back than fourth in six starts and won the Listed Super Impose (1800m) before second in the Caulfield Classic (2000m).,

By an interesting sire that was at his best around 2000m, but has left two very good stayers here in Winning Ways (Queensland Oaks) and Vow and Declare, who will run in the Melbourne Cup on Tuesday. The female family is more speed oriented featuring stakes-winners such as Tindal and Chattanooga, but dam being by Galileo is a big plus when you are heading into a Derby.

–  Won  twice last season up to 1800m at Flemington and most recent fifth in the Caulfield Classic.

Now here is a pedigree that does have something to offer in terms of staying blood. His sire Sebring has a happy knack for getting a quality stayer as well as his sprinters and his dam won up to 2000m. The next two dams are by Arc winner Helissio (sire of Victoria Derby winner Helenus) and At Talaq, who won the Melbourne Cup. The best horse in the family is Australian Horse of the Year Weekend Hussler, more of a sprinter miler, but there is no shortage of stakes horses that performed at 2000m and beyond and if you delve further back you hit top class staying Kiwi blood, so this guy gets the big tick on pedigree.

–  A win and two seconds from six starts and most recent fourth in the Moonee Valley Vase.

We’ve already talked about the sire Declaration of War, but the dam in this case is also a big positive as she comes from a family seen as one of North America’s best. Malibu Road is a grand-daughter of Kentucky Oaks winner Blush With Pride, whose descendants include two Group I Belmont Stakes (2400m) winners in Rags to Riches and Jazil as well as Champion European 3YO Filly Peeping Fawn, who an Irish Oaks. Pedigree won’t be what’s stopping him running the trip.

– Impressive last start winner of the Listed Geelong Classic at 2200m after disappointing at Flemington the previous start when he self destructed before the race.

Showed his true ability at Geelong and if he can keep his head together can figure in the finish. On pedigree he’s definitely a contender given his sire was a middle distance champion by renowned classic sire High Chaparral (IRE) and his dam is by elite staying sire Monsun, who has sired three Melbourne Cup winners in Fiorente, Protectionist and Almandin…  that fact alone gives Long Jack a big tick!

–  Two wins from five starts and won the Listed SAJC Hill Smith Stakes (1800m) and most recent fifth in the Moonee Valley Vase.

By the champion NZ sire Savabeel from a stakes-winning Pins mare, although her longest win was 1300m and the immediate family here has produced some outstanding horses but largely sprinter milers with Champion Miler Sacred Falls the best horse on the page. Further back is some dour Kiwi blood including a Victoria Derby winner in Omnicorp, so Craftmanship is going to be needing to draw on that if he’s going to really see out a strong 2500.

– Placed or won at four of five starts, most recent a good second in the Listed Geelong Classic (2200m).

From the first crop of Puissance de Lune, who was a high class horse that won the G2 Queen Elizabeth Stakes (2600m) by five lengths. Dam only won at 1400m, but had a three-quarter brother that won at 2500m and her sire Street Cry is one of those rare champion sires that can get horses to excel over all trips. There’s not much Black Type up close in the family, but I think Southern Moon will buck that trend if not now by the end of the season.

– Still a maiden, but placed in five of his six starts most recently third in the Listed Geelong Classic (2200m) and is trained by Chris Waller.

By champion sire Savabeel, who has had his share of classic winners, although is a three-quarter brother-in blood to Savabeel’s G1 winners Diademe and Embellish who were both milers. His full sister did win at 2100m and was placed in the NZ St Leger, so he may well get the trip better than a lot of them, but something tells me that 2000 might ultimately be more his go.

– Maiden win over 1200m from six starts and most recent seventh in the Geelong Classic.

By Pierro is a big plus and while dam failed to win in four starts, she is a daughter of a good racemare in She’s a Meanie, who won the Group I Avondale Cup at 2200m and left some pretty good horses in Love Conquers All and She’s Meaner, the dam of Group II winner Lean Mean Machine.  Pedigree credentials far from hopeless, but form will need a big lift.

– Winless in six starts, although was second in a Ballarat maiden over 1600m and most recent fourth in Geelong Classic.

Helmet’s best horse is Dubai World Cup winner Thunder Snow, so he can get a horse with a bit of distance scope, although the dam Babel, a stakes-placed Lonhro mare never won beyond 1400m. The real hope that Translator can stay comes from a bit further back in the pedigree where we see Group I winner Littorio, a horse that won the Group I STC BMW and placed in two Derbies. His best two runs have been his last two, so it won’t shock if he runs some sort of race given the wealth of tough Kiwi staying blood that lurks in the background of his pedigree.

–  Two seconds from eight starts, most recent eighth in the Geelong Classic.

By a versatile sire in Sebring, from a non-winner by a champion sire in Snitzel, who has never sired an Oaks or Derby winner. Next dam is by a Derby winner in Octagonal and it’s a great female family with the best horse on the page being multiple Group I winner Melito, but I don’t see this horse as a quality stayer on form.

–  Just three starts for a second, third and fifth in the Geelong Classic.

By Champion 3YO Dundeel, who is fast establishing himself as one of the best young classic type sires in the land. Dam was a stakes-winner up to 2000m and is from a half-sister to the Champion HK Stayer Super Kid. There’s loads of tough Kiwi staying blood in this pedigree and while he might be the least experienced runner, Sign Seal Deliver is definitely bred to be here.

– Unplaced in four starts, most recent tenth in the Geelong Classic.

He’s a half-brother to Group I Spring Champion Stakes-winner Vanbrugh, who failed to stay 2400m in his only attempt beyond 2000m. It’s a terrific family that has produced plenty of very good Group winning sprinter milers, so the class is there but it seems to have bypassed Lucky Edward.