The Jockey Club issued a release on Monday night inviting press to a licensing announcement at Sha Tin after trackwork on Tuesday morning. Hayes caught a plane to Hong Kong on Monday.

The timing gives further credence to an earlier report from Australian racing website Racenet, which stated the appointment was imminent.

Hayes spent almost a decade at Sha Tin, collecting 458 winners and two championships during a stint that ended in 2005.

When he announced his decision to move back to Australia, Hayes was adamant he wanted to return to Sha Tin at some stage.

“I’m sure I’ll be back but I don’t know when yet. I’m not going back because Australia is a better place to train because Hong Kong is better,” Hayes said at the time.

“I would still like to come back – if the club would have me.”

It appears that time has come. 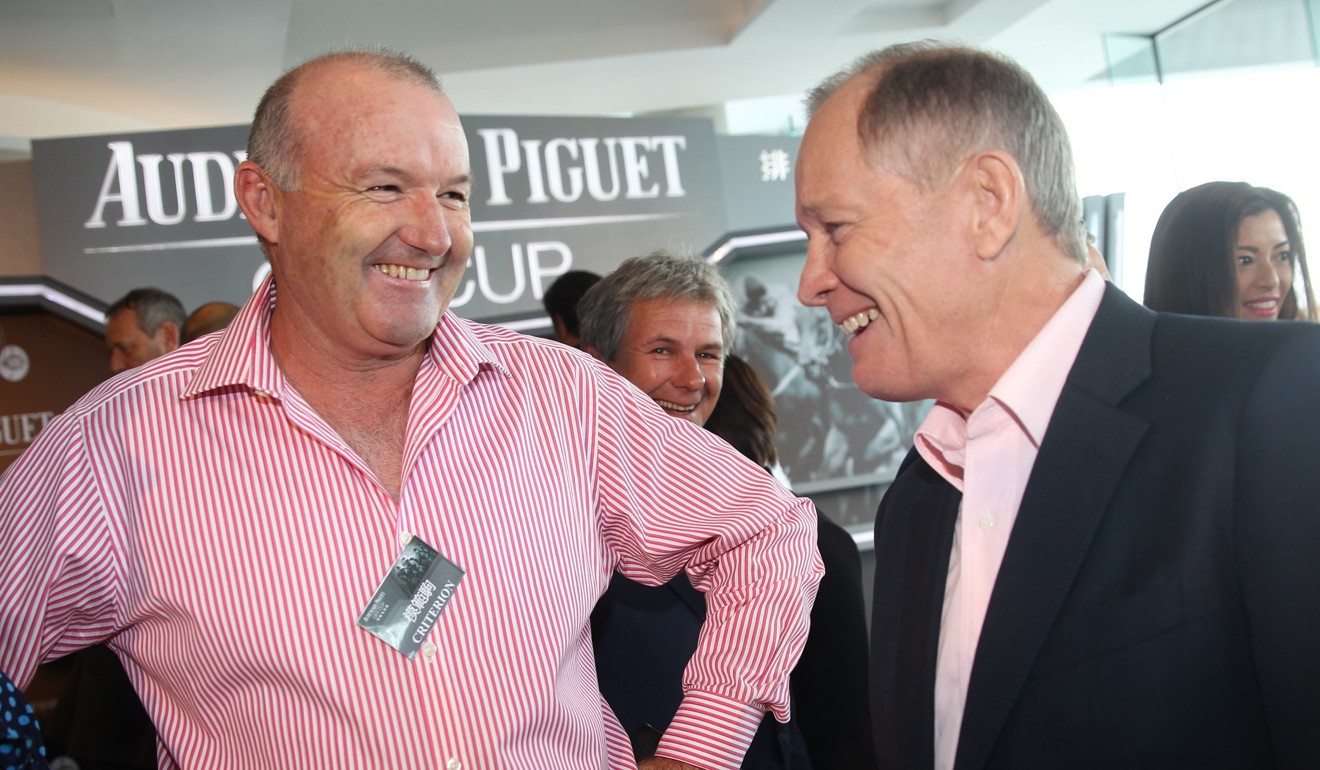 Hayes is seen as a direct replacement for John Moore, who is being forced out at the end of the season because of his age – he turns 70 in March.

There have been whispers about Hayes returning to Sha Tin for years (they have been getting stronger in recent months) and he brings the profile, connections and gravitas required to follow in the footsteps of a genuine Hong Kong racing legend.

Hayes, who turns 57 next month, is already a Hall of Fame trainer in Australia and should fit back in seamlessly to the Hong Kong racing scene.

His training partnership with son Ben and nephew Tom Dabernig continues to be a force in Australia – they collected 266 victories together last season – while they have also enjoyed plenty of Group One success under the Lindsay Park Racing banner.

Why put legendary trainer John Moore out to pasture? Hong Kong needs him more than ever

During Hayes’ nine seasons at Sha Tin, he never finished outside the top four in the trainers’ championship, taking the title in 1997-98 and 1998-99.

He tasted success in the 2003 Hong Kong Derby with filly Elegant Fashion, while collecting 16 other Group One victories.