David Hayes prepares a winning double on his first day back as a HK trainer.

David Hayes prepares a winning double on his first day back as a HK trainer.

Australian bred horses won nine of the 10 races run at Sha Tin on Sunday with champion Australian trainer David Hayes preparing a winning double on his first day back as a HK trainer.

Six year old Reward for Effort gelding Moneymore broke the ice and was followed later in the day by four year-old Fastnet Rock gelding Metro Warrior, who won the Class 3 sprint over 1000m.

“I thought his trial was a bit below par but the blinkers really sharpened him up and the trial brought him on, it was a solid win and hopefully he can get another one of those,” said Hayes.

Hayes added a stint on Conghua was on the cards. “I hope so, I pushed him pretty hard for this race, so I might send him to Conghua for a bit of a change in environment,” he said.

Hayes had trained Metro Warrior in Australia where he was named Viking Warrior and was a two-time winner. 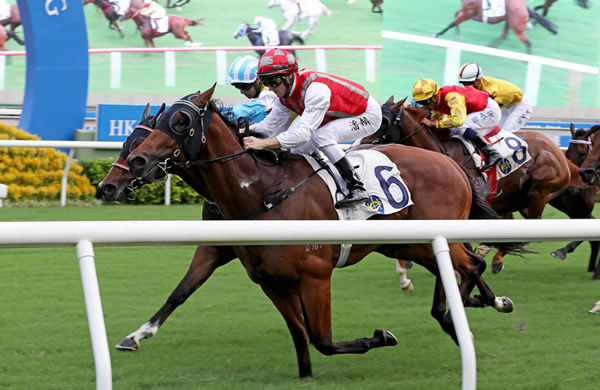 “I trained him in Australia and was quite a handy horse, he was very well bought by the syndicate – they got him for a steal,” he said.

Click here to see all the results from Sha Tin.