Brunton: How am I going to feed my kids?

Brunton: How am I going to feed my kids?

Leading trainer Scott Brunton says he is unsure how he is going to feed his family after it was announced Tasmanian racing had been suspended for four weeks.

On training fees alone, he operates at a financial loss, making prizemoney crucial to keeping his business afloat.

He isn’t the only one, with most trainers working under a similar model.

It makes Thursday’s announcement by Premier Peter Gutwein a bitter pill to swallow.

He will be able to train and work his horses, but for the next four weeks, at least, there will be no extra source of revenue from prizemoney and Brunton isn’t sure how he is going to survive.

“I don’t know what I’m going to do,” said Brunton, a father of four.

“They said a statement that you’re able to keep your staff going and do the essentials just to be able to continue on. How do they expect me to pay wages?

“The money will run out, it will dry out. It does, that’s the way it is.

“How can I charge people (to train) whose horses can’t race?

“And the problem is these people (my staff) have families too.”

Brunton said he would try to get some of his better horses to Victoria to keep some money coming into the stable.

“I’ve got a couple of handy horses here that I need to race that I was planning on coming with. I don’t know if I’ll be able to get horses over there,” he said.

“The ones I’ve got a lot of time for I will try to get them over to Paddy (Payne) or Richard Laming. I will try and keep the ball rolling.” 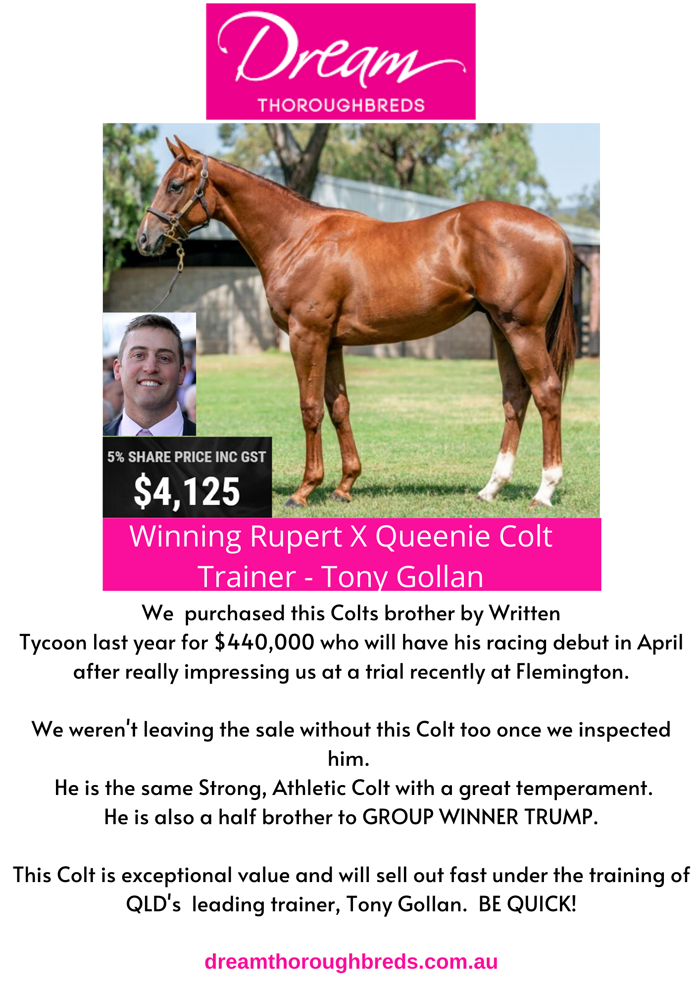 Brunton questioned the Tasmanian Government’s decision, saying participants had done everything right to keep the industry going during the COVID-19 crisis.

“I feel like everyone in the industry is trying to keep a level head and keep things going. They’ve just shut us down … because of regional travel.

“To say I am perplexed would be an understatement.”