Arrowfield Stud has made the stunning decision to withdraw its entire draft from the Inglis Australian Easter Yearling Sale and instead will sell their stellar crop of horses by private treaty in response to the auction being forced to go solely online.
The dramatic turn of events yesterday, just 24 hours after Inglis told vendors it would conduct the flagship sale digitally, prompted management to broker a compromise with fellow sellers by tentatively scheduling a back-up live Easter Round 2 auction on July 5, pending a current government ban being lifted.
The initial 514-lot, two-day catalogue had already been brought forward to April 5 and 6 but the selling of the Easter yearlings via the Inglis Digital platform will now proceed over four days and finish on April 8. Bidding will start at 10am on April 5 and each lot will sell sequentially in lot order from 10am on April 7 and 8.
The company had been working for weeks to ensure its premium Easter sale went ahead in the face of a worsening coronavirus outbreak which resulted in federal and state government-imposed restrictions on people movement and businesses. Up until this week, Inglis was planning to have a live sale in front of a select invite-only buying bench but that idea was quashed after prime minister Scott Morrison on Tuesday banned auction houses from operation in a bid to slow the rate of coronavirus infection.

The state of NSW and its capital Sydney, where Inglis was to hold the sale, currently has the most cases of Covid-19 in Australia. Arrowfield Stud’s withdrawal, and that of interstate vendors Gilgai Farm and Element Hill also pulling out, came as another blow to the prospects of the sale during a significant economic downturn as the potential for the country to go into full lockdown if the coronavirus continues to spiral out of control.
Other Easter sale vendors yesterday remained committed to the April online auction, including large-scale rivals Coolmore and Widden Stud, but Arrowfield Stud principal John Messara “felt we had no other option but to conduct the sale of our horses by private treaty” once it could not be held at Riverside Stables. “It was a terribly hard decision to make but we didn’t bargain for having these horses in an online sale,” Messara told ANZ Bloodstock News yesterday.
“I know there was no other option and Inglis tried really hard to find a way through … and when they went online it was an agonising decision that we just had to make for our own protection.” On market values achieved earlier this year, particularly at January’s Magic Millions Gold Coast Yearling Sale, it would be reasonably assumed that Arrowfield Stud’s draft of 60 yearlings would be worth between $20 to $25 million.
Among Arrowfield Stud’s draft was the Redoute’s Choice (Danehill) half-brother to this season’s three-time stakes-placed juvenile Stellar Pauline (Not A Single Doubt), a Shalaa (Invincible Spirit) son of champion mare Miss Finland (Redoute’s Choice) and a host of colts and fillies by champion sire Snitzel (Redoute’s Choice). Messara was confident Arrowfield would be able to on-sell the majority of their large draft of yearlings despite not having the assistance of Inglis, in particular its buyer credit facility.
“I think we will have a group of them sold at sensible prices, recognising the fact that the market will have to adjust downwards for what’s happened in the world and the stock markets, etc, but there are some prized animals there,” Messara said. “Racing will revert back to normal in a few months’ time hopefully and next year’s Golden Slipper and all the races next year (will still be on).
In the short-term, things will be a bit hard, but in the long-term I am sure we will get back to square one again.” Messara did not rule out offering some yearlings through the Easter 2 sale if it proceeded in July and hoped that Arrowfield’s long-standing relationship with Inglis would not be damaged by what transpired yesterday. “We have been supportive of Inglis for 30 or 40 years now – a long time – and we’ve been the leading vendor there for at least the last five years,” he said. “We are cognisant of the good job they do and it pains us to have done what we have had to do, but we felt it was the right thing to do for this enterprise. “We have 110 staff here to feed and we needed to ensure we could do so.” An email was circulated to Easter vendors yesterday outlining the plan to schedule an Easter Round 1 and Easter Round 2 sale before the company later released a statement confirming the plan. Vendors have the option to participate in the online sale or hold off for the potential of selling at a live auction, or offering yearlings in both. “To assist vendors and buyers during this difficult time we have decided to conduct the 2020 Easter Yearling Sale in two rounds,” Inglis said.
“We feel two rounds (or offerings) is most important as some vendors who are not located in the Hunter Valley have not had as many inspections as others. “We also recognise that many buyers have not been able to undertake inspections. Two rounds provides everyone with greater flexibility, with our goal being to provide a vital service to our industry – to keep trade in place between breeders and buyers.
“It is really important that the industry remains united, that vendors hold firm and support the tradition of the Easter Sale and put the good of the industry first and foremost.” A number of interstate or not centrally located vendors have or will move their horses to other stud farms to make it easier for buyers to undertake inspections but three vendors have chosen to withdraw their lots. Seven New Zealand vendors have also been affected by a travel ban into Australia.
Element Hill had a draft of four that included an I Am Invincible (Invincible Spirit) half-sister to Group 1-winning stallion The Mission (Choisir) and a Choisir (Danehill Dancer) half-sister to Group 2 winner and Group 1-placed entire Zousain (Zoustar) but have withdrawn the quartet. Gilgai Farm owner Rick Jamieson has also taken out his trio of Easter yearlings which included a Divine Prophet (Choisir) half-brother to champion stayer Jameka (Myboycharlie) and an I Am Invincible colt who is the first foal out of Zabeel (Sir Tristram) mare Ultimata, the sister to Group 1 winner Shower Of Roses.

Gilgai Farm manager Kelly Skillecorn said not being able to parade their horses in front of the buying bench made it impossible for Jamieson to offer his horses for sale next month. “It’s just going to be too difficult for us and we’re going to get left behind being down here (in Victoria).
We haven’t had any on-farm inspections, so we are just going to get crucified,” Skillecorn told ANZ Bloodstock News. “We’ll take our chances by racing them and hoping that we  (Riverside) can trade them as racehorses.
If they are just OK they will go to Asia and if they show a bit then we might jag a stallion but that is a needle in a haystack job. “But more than likely we will get them traded to Asia, be it Hong Kong, Macau or Singapore.” Skillecorn added: “It’s not their fault – it’s no one’s fault.
The worst thing we could have done was put a price tag on them. We could’ve gone up there with an I Am Invincible colt with that pedigree and been offered $200,000 when a couple of months ago he was a million-dollar horse and that’s what’s going to happen.”
Inglis release new sales schedule The difficulties faced by Inglis in holding its Easter sale also saw the company release a new schedule for the remainder of 2020 and in doing so confirmed that its feature breeding stock offering, The Chairman’s Sale, would be held as an online-only event. It will remain on the same date as initially planned, being Friday, May 8.
The Australian Weanling and Broodmare Sale has now been split, with the mare catalogue to be offered online on the digital platform on May 10 but the weanling sale is planned for July 10 in a live Riverside Stables setting. Next month’s Melbourne Gold Yearling Sale has also been postponed until July 12 and 13 at Oaklands, with supplementary entries being taken on top of the catalogue which had already been finalised.
The Great Southern Sale has also been pushed back and will follow on from the Gold auction, with two days (July 14 and 15) set aside for weanlings and other stock. The Scone Yearling Sale has also been delayed due to it being deemed that buyers need to be able to adequately inspect the horses, with a date for the White Park offering set for July 26. The Inglis Ready2Race Sale at Riverside Stables remains in its set date of October 20, following The Everest carnival. 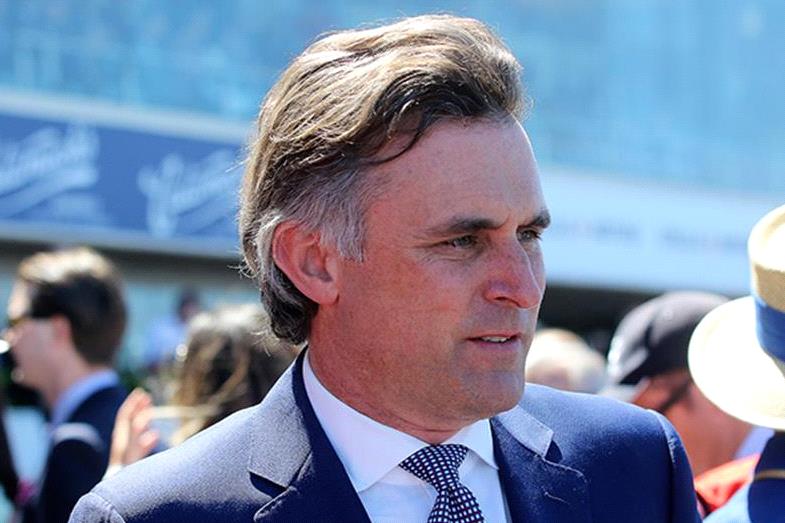 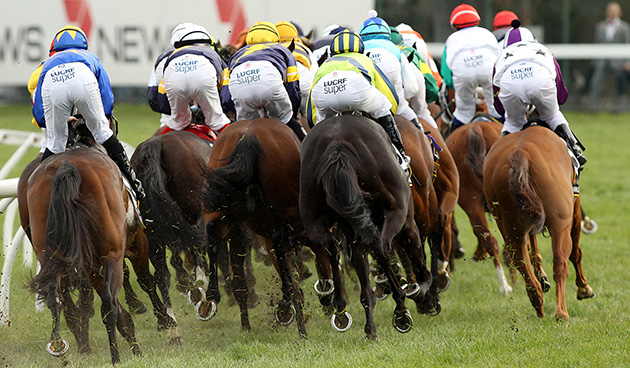