A colt by superstar Arrowfield Stud sire Snitzel topped Day One of the 2022 Magic Millions Adelaide Yearling Sale when selling for $300,000 at Morphettville this afternoon.

The colt, presented as Lot 82, was offered by Collingrove Stud, as agent for breeder Arrowfield Stud, and he was purchased by Queensland’s TFI.

The attractive youngster is the first foal of a Japanese winning Heart’s Cry mare who is a full sister to Caulfield Cup winner Admire Rakti, three quarter sister to group winner Admire Justa and half sister to stakes winner Satono Jupiter.

“Obviously, we are having a love affair with the stallion at the moment and enjoying a good bit of success with them (including Best Of Bordeaux), so we’re investing in the hope that the success continues into the future,” TFI’s Racing and Bloodstock Manager Sally Williams said.

“He is a lovely, athletic individual with loads of quality. He’s got a super action and plenty of scope about him.”

The colt was presented by Collingrove Stud, for Arrowfield Stud, and Collingrove’s Daniel Brash was delighted with the result.

“We’re absolutely rapt,” Brash said. “We knew that he was going to be one of the standout colts here and he’s been placed to advantage – I always believe it’s best to place these horses in the top 10 per cent of the sale.”

“He was a great colt to prepare, he had a great constitution and he handled the preparation so well. It’s a great result for some great clients in Arrowfield Stud,” Brash added. 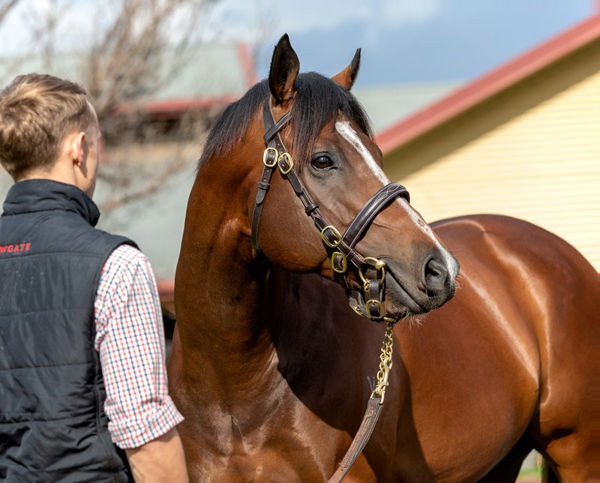 Russian Revolution had four of the top six lots!
Advertisement

The second top seller on the day was the Russian Revolution colt from group winning New Zealand mare Let Her Rip. He was snapped up by Kavanagh Racing for $180,000.

That colt was a member of a five horse draft from The Chase in New South Wales, which until a recent tragedy was managed by former South Australian based horsewoman Kerrie Vantijn.

The Chase sold all five lots for a gross of $780,000 and an outstanding average price of $156,000. The draft supplied four of the top six priced sellers on Day One.

Mark and Levi Kavanagh are the current leading buyer at the sale with a spend of $995,000 for nine lots purchased.

Positive results across the day led to over $10 million traded on 167 sold lots at an average price of $60,532 and clearance rate of over 80 per cent.

“We were confident in the group of horses that were put together for the sale and it’s been a solid day of trade,” Magic Millions Managing Director Barry Bowditch said.

“I think the buyers on the good horses in particular have stepped in and supported what the vendors have given us in a very strong manner. It’s a very genuine market.”

“The vendors who have got good drafts and put realistic reserves on them were well rewarded in the market. I see there’s confidence in the product that we’re selling here in Adelaide,” Bowditch added.

To view the result of Day One or to make an offer on a passed in lot click here.

Day Two of the Adelaide Yearling Sale will be commence at 10am (SA time) tomorrow.

SALE STATISTICS
(2021 Day One in brackets)